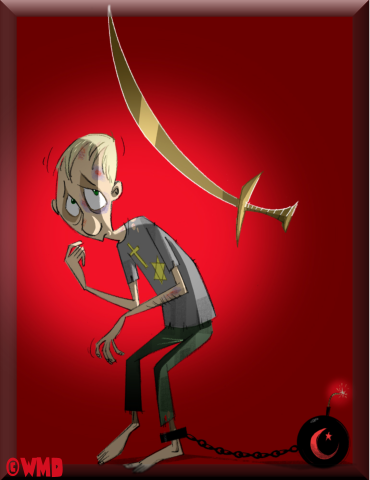 Who Is The Dhimmi?

"Dhimmitude is a word which tries to describe the horrors suffered by human beings conquered by Jihad, the religious duty of every Muslim"

Under Islamic Sharia law non-Muslims have no legal rights whatsoever, only conceded rights.

The Dhimmi is a non-Muslim, an infidel, living in a land conquered by Islam. He pays a special tax, the Jizya, which buys him "protection". There are, however, numerous restrictive conditions he must meet but his so-called "rights" can still be withdrawn. Even the right to life.

It is important for him to feel humbled and humiliated at all times by the superior Muslims. When he pays his Jizya tax he must bow and may be struck as he pays.

The Dhimmi can only be Jewish or Christian. All others, Zoarastrian, Hindu, Buddhist, atheist or anything else, can't, strictly speaking, be Dhimmis, they must convert to Islam or die. The Muslim leader can decide otherwise which he mostly does so as to have someone to tax!

If you don't live under Islam, yet, you're a Harbi. But if your country ever institutes Sharia law, you'll be either dead, converted or living in fear as a Dhimmi.

Return to the Characters page.