In conjunction with Tommy Robinson

WMDRock is delighted to announce the public premier of our third video.

Muslims kill and try to kill those who draw Mohammed because they don’t want to make it easy for non-Muslims to learn who Mohammed really was. A picture paints a thousand words. Just remember Garland Texas and Charlie Hebdo.

“Mohammed a Biography” will be publicly screened in Manchester on 3rd November at Tommy Robinson’s book launch event. This 3 minute short film captures the essence of how Mohammed, the founder and prophet of Islam, created a tool of conquest and control. This system, referred to as a “religion of peace” since the coordinated attacks on New York City and Washington D.C. in 2001, was adopted by his followers and continues to drive so many events in today’s world.

We’re excited to have brand new stunning visuals to combine with the music we’ve written to educate the world about Islam and delighted to team up with author, journalist and veteran human rights activist Tommy Robinson to get this message out. – The Law – Founder member of WMDRock

What is the Video and Song About?

You can hear the song now and see the lyrics on our website. Please contact us for embargoed video access. The video includes images of Mohammed, the early conquests in the name of Islam and how this method continues to the modern era. As we say in the song: “Islam uses religion as a weapon in its war, to conquer and rule the world”. This is set to a powerful rock track with completely original music, animation and images to back up the lyrics.

Tommy Robinson is a best selling author, journalist and veteran campaigner against the Islamization of the UK. He has followed his own path becoming both street and book educated on Islam and the effect when it gains power in non-Muslim society. He arrived at similar conclusions to those we did. We’re delighted to team up with him. His second book “Mohammed’s Koran – Why Muslims Kill for Islam” (co-written by Peter McLoughlin) contains the entire text of the Koran, decoded and placed in reverse chronological order.

WMDRock’s music provides a perfect back up to this. It is an easily sharable, visually appealing introduction to the Koran and traditions of Islam. Tommy will show our video at his ticket only events starting on November 3rd in Manchester.

What is the Weapon of Musical Defense project?

We are Weapon of Musical Defense – WMDRock for short: a group of concerned musicians and performers. We’ve studied and read since 9-11 and found out the facts. It takes quite a bit of work to cut through the noise. We made music to reach out to those who don’t or won’t read the books and blogs where Jihad and Islam are properly discussed.

Our first full length video entitled “Dhimmitude”, was widely shared including by Dutch Politician, Geert Wilders in the run up to the 2017 Dutch election.

Speaking about the song and video for Dhimmitude, scholar and commentator Bat Ye’or (who is responsible for exposing the concept of dhimmitude to the non-Muslim world) said:

I must congratulate you for the song, the way it is sung, and the animation. This way to inform people is important. – Bat Ye’or – Author of Islam and Dhimmitude.

Previous full-length videos: Dhimmitude & Who is the OIC?

If you would like more information about this topic, please contact Dagobert Gimel @wmdrock‬ or email [email protected]

Still images from the video: Mohammed a Biography 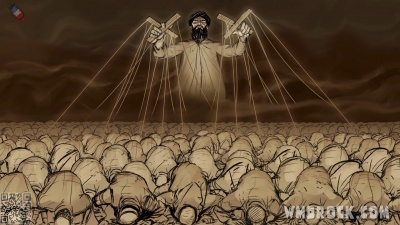 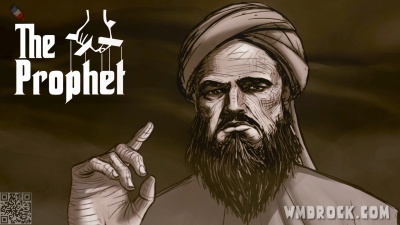 If you want to get in touch there are three main ways: