Difference between revisions of "What is Dhimmitude" 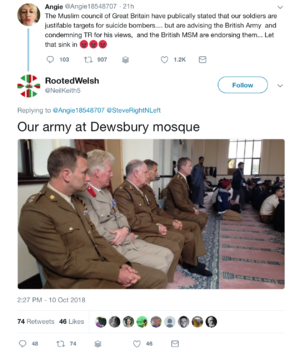 Dhimmitude is a word which tries to describe the horrors suffered by human beings
Conquered by Jihad, the religious duty of every Muslim
To impose laws on the infidel, laws which discriminate, humiliate, dehumanise,
Compel the infidel to a life of servitude.
Laws which deny him
Every Human Right
Even the right to life itself.

From our song, Dhimmitude.

The following is the definition of Dhimmitude from Bat Ye'or, the world’s foremost expert on the condition and the woman largely responsible for transferring the term from Arabic into English.

All of this is most succinctly encapsulated in the lyrics and video of our song, Dhimmitude.